Microsoft Surface Tablet: A few Things to Know before Buying

Last week, Microsoft has just released the newest version of its Windows operating system – Windows 8, together with its first hardware product -- Windows RT version of Surface. Before joining in the long line waiting to buy a Surface, there are a few things you should know.

Surface uses an ARM processor, has an 10.6-inch display with a 1366×768 resolution, weighs 1.5 pounds, and has a 31.5Wh battery that will last 8 hours of "mixed activities." Microsoft provides us two versions of Surface: Windows RT and Windows 8 Pro. The Surface currently available is using Windows RT that only run apps from the Windows Store. Devices like the Surface RT can't run the Chrome web browser or download games from Steam. The only apps Windows RT can run outside of the Modern UI are the ones included in Microsoft Office which is pre-installed.

What about the price of Surface tablet: the tablet starts at $499 with 32GB of storage but this does not include the price of the keyboard cover. For $599, you can pick up that same tablet with a black cover; for $699 you get 64 GB and a black cover. If you're craving for a touch-type cover that's not black, then you should spend another $110. If you want the more substantial cover with moving keys, you'll have to pay another $129.99. 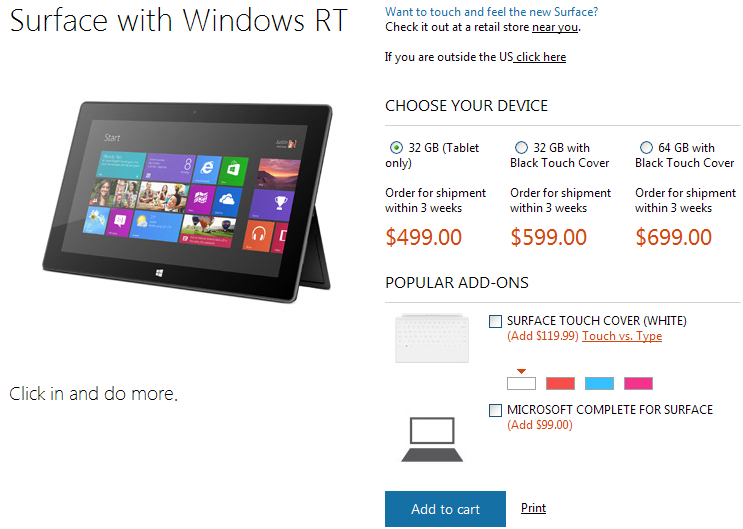 Is it OK that you buy a Surface without a cover? Theoretically it is OK. However, the keyboard cover is almost a necessity for the device, particularly if you want to use it for content creation. If you are considering getting more from your tablet, better prepare money for a cover. Let's then have a look at what surprises our money has bring us. 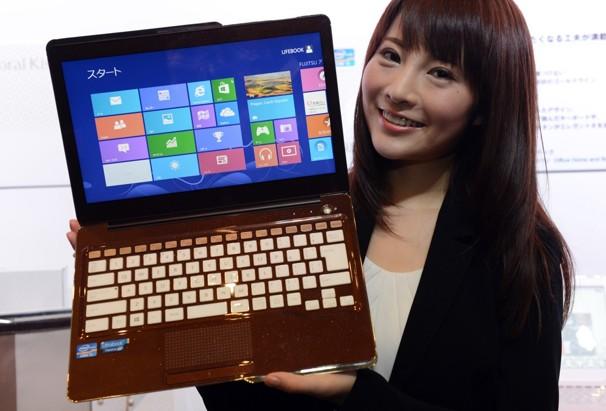 You should know that the great and extreme performance of surface is boosted by the intel Quad i5 Processor, and that is being missed by Apple and in iPad. Thus the processor enables Microsoft to make Surface the fastest and most durable tablet ever existing. The Processor is luckily incorporated with Nvidia Tegra so as to make it able to perform great tasks and operations to make it stand against Apple iPADs.

The Microsoft surface claims its customers that on full battery charge, it will allow the users to be connected to the tablet for two complete days. I think 48 hours are enough for using the surface tablet for such long hours and stay connected has been made easy for its users gives one more great edge to Microsoft Surface.

This is a cute little addition in this Microsoft Tablet and that is a separate attachable support and keyboard with it. Yeah it comes with the physical keyboard to gives it users the optimum performance they can enjoy while working and surfing the web on surface.

Microsoft Surface has yet the biggest screens of all iPad and Windows Pro which is 10.6 inches. This is of course a great thing to hear as you have the portability on the move with almost net book sized tablet. The unique simple design of surface makes it really elegant. However, the Microsoft Surface is a lot slim that other tablets and yes Microsoft seems to be challenging its rival iPad and again trying to beat Apple at this stage too.

Different from iPad, Surface tablet also has ports — USB and HD video out, plus a micro SDXC card slot — which means you can hook it up to things you probably have already like a mouse or a flash drive. This makes it possible for you to transfer files between Surface and other devices.

Maybe someone has already started to worry about what to do if they lost important files or documents on the Surface. Is there any such software for Surface tablets and Windows 8 data recovery? Of course there is! Card Data Recovery could be your professional help whether you want to recover lost data for Surface tables' file systems or recover data on computers running Windows 8.

Knowing so much about Surface and if you decide to buy one immediately you could head to a Microsoft store. Otherwise, you can try ordering one of the tablets online. As on Friday morning, Microsoft's Web site gave a 3-week shipping estimate for the devices.