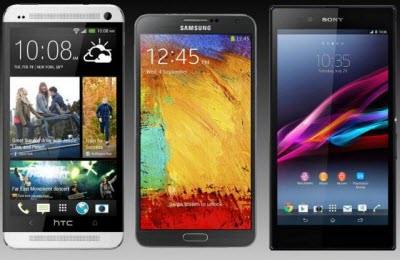 Bigger isn't always better, but phone manufacturers still challenge the concept of portability by adding a few inches to devices. When you say phablets, perhaps, three of the most popular Android phone/tablet devices to find in the shelves are HTC One Max, Samsung Galaxy Note 3 and Sony Xperia Z Ultra.

From these three, which one do you think has the best specs? Below is the comparison of the three top phablets available:

Overall then while all three are certainly powerful the Samsung Galaxy Note 3 is the most powerful while the HTC One Max is by far the least powerful. As for storage, three of them support microSD expansion.

All three phablet have the same resolution screen, but the Xperia Z Ultra being the biggest therefore has the lowest pixel density. Size and pixel density aside they're all very high quality screens, so there's little to choose here.

All three of them have decent cameras. However, in most conditions the Galaxy Note 3 is likely to take the best pictures while for poor lighting the HTC One Max will excel. The camera on the Sony Xperia Z Ultra is solid enough but fails to stand out.

Out of the three, the HTC One Max comes in with a fairly respectable 3300mAh battery. This means that there is a quoted 3G talk time of 25 hours, with 585 hours of 3G standby time. Samsung's Note 3 comes in with a whole 3200mAh battery. This gives you only 21 hours 3G talk and 420 hours standby. As for the Sony Xperia Z Ultra, it comes in with the smallest battery size. This is measured at only 3000mAh, giving it the smallest talk time at only 16 hours. However, the standby time is far more impressive, measured at 820 hours. That's over 34 day, apparently.

Which one will you buy? Well the HTC One Max is both the most expensive and least powerful, though it has a high quality metal build. The Samsung Galaxy Note 3 looks to be the most powerful but it has the smallest screen and the Sony Xperia Z Ultra has the biggest screen of the 3 at 6.4 inches.

No matter which one you select, if you lost data on your phone, you can try Android Data Recovery which can recover contacts, photos, videos, text messages and call history lost due to deletion, rooting, formatting SD card, flashing ROM, etc. It supports almost all Android phone and tablets on the market, like Samsung, HTC, Motorola, Sony.